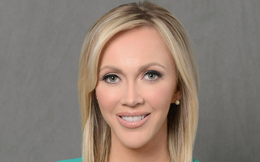 Her exchanges during White House briefings have made news, such as when the White House revealed that President Trump believes he can fire the Special Counsel and debunking the White House’s claim that its “zero tolerance policy” is law.

Reid joined CBS News in 2010. She graduated from the College of William & Mary in 2005 where she double majored in psychology and English. Reid earned her JD from Villanova University School Law and went on to pass Bar Exams for both New Jersey and Pennsylvania.

Inside the Press Briefing Room

This session will explore the relationship between the media and the White House. Moderated by Paula Reid.