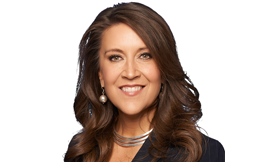 A seasoned public policy advocate and political strategist, Maria Cardona has more than two decades of experience in the government, politics, public relations and community affairs arenas. Recognized among the most influential Latinos in the country, Maria is a Principal at the Dewey Square Group, leading the Multicultural and Public Affairs practices. Maria joined DSG in 2005 and founded DSG’s Latino Strategies practice, “Latinovations,” leveraging her reach in the Latino community by advocating on Latino issues, guiding clients on “best practices” for coalition building and support for their positions, products, and brands within the Hispanic community, and spearheading multicultural campaigns. Maria is also known for her work as a political commentator, and is currently a CNN and CNN en Español political contributor, and who appeared frequently on MSNBC, FOX, Univision and Telemundo prior to signing on exclusively with CNN. She is regarded as one of the nation’s top 100 most influential Latinos.

While at DSG, Maria served as a Senior Advisor and spokesperson to the Hillary Clinton for President Campaign during the 2008 Democratic primary election, serving on the campaign’s Hispanic outreach team. During the 2008 general election, she was a key surrogate for the Obama for America election campaign, a role she revisited during the most recent 2012 presidential election.

Before joining DSG, Maria led the New Democrat Network’s (NDN) outreach initiative with Hispanics nationwide as a senior vice president. Her government and political background includes service as director of communications for the Immigration and Naturalization Service (INS) and five years at the Department of Commerce, first as Deputy Press Secretary and later as Press Secretary. During her time at the Commerce Department, she acted as lead communications strategist for the passage of NAFTA in 1993. She also served as communications director for the Democratic National Committee from 2001 to 2003.

Maria serves on the Boards of Directors of numerous organizations dedicated to Latino issues and youth including Hoops Sagrado, New America Media, Citizenship Counts, PODER PAC, Friends of the National Museum of the American Latino and the National Hispana Leadership Institute.

She is a native of Colombia and lives in Washington, D.C. with her husband and two children.

The State of American Politics from the Left and the Right

This session will feature two commentators, one from the left and one from the right, on the same stage to give their take on the state of American politics.