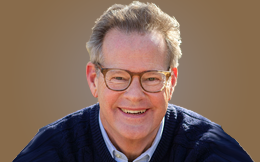 Bob Deans, author of Reckless: The Political Assault on the American Environment, is the director of strategic engagement for the NRDC Action Fund, the 501(c)(4) affiliate of the nation’s leading environmental advocacy organization, the Natural Resources Defense Council. Deans joined the NRDC Action Fund after spending nearly three decades as a newspaper reporter, including a stint as Chief Asia Correspondent for The Atlanta-Journal Constitution and other Cox newspapers. A former president of the White House Correspondents’ Association, Deans is author of the 2007 book The River Where America Began: A Journey Along the James. He is the co-author of the 2009 book, Clean Energy Common Sense: An American Call to Action on Global Climate Change, and the 2010 book, In Deep Water: The Anatomy of a Disaster, the Fate of the Gulf, and Ending our Oil Addiction.

Why is climate change a political issue? Bob Deans, author and director of strategic engagement for the Natural Resources Defense Council (NRDC) Action Fund, the 501(c)(4) affiliate of the nation’s leading environmental advocacy organization, will discuss.