What’s In Store for the Inauguration 2021 Academic Seminar? 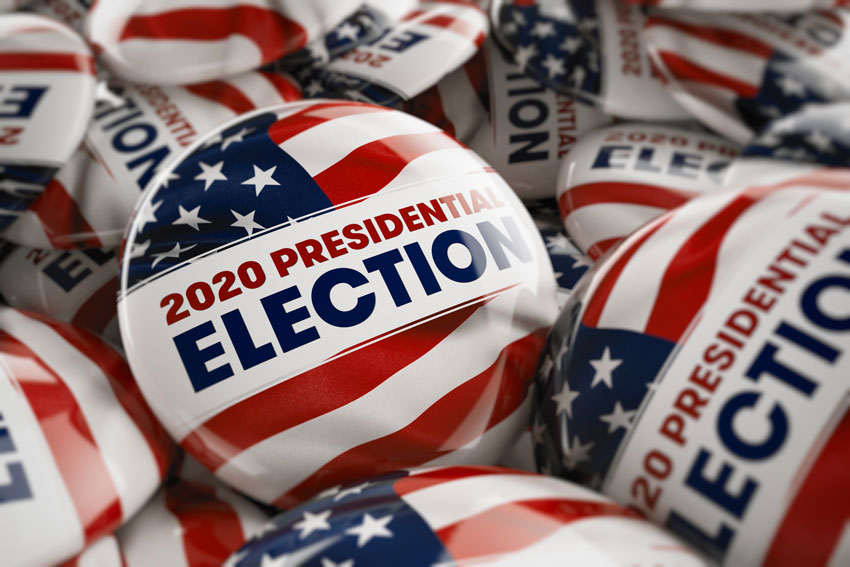 Faculty Director Julia Azari gives a sneak peek at what’s in store for the January 15-21 virtual seminar, and discusses why the theme “Calling for Political Accountability” is relevant around the world.

“Calling for Political Accountability,” the theme for The Washington Center’s Inauguration 2021 Academic Seminar, should resonate with audiences around the globe, according to the seminar’s Faculty Director, Julia Azari. This ring especially true today, given the current political environment and the global pandemic.

Azari, an associate professor of political science at Marquette University, is planning the agenda for the first-ever 100% virtual Inauguration seminar. She sees how a virtual event could bring a wider variety of perspectives and topics than would have been possible with an in-person seminar.

TWC’s director of academic seminars, Ann Burke, sat down (virtually) with Azari for an interview about the seminar’s theme, what’s being planned for presentation and panel sessions, and what students and faculty could expect to get from the seminar. Azari also took questions from a live audience at the end of the interview. You can watch the entire recording on-demand here.

Why was the theme, Calling for Political Accountability, chosen for the Inauguration 2021 Academic Seminar?

I’ve had conversations with TWC, faculty and students over the past couple of years, as well as my own students here at Marquette, and I’ve come to sense a growing dissatisfaction with the way democracy is proceeding in the United States and throughout the world. There’s a lot of concern about the state of democracy. Political accountability is a theme that is really central, crucial and necessary to the functioning of democracy. As a theme, it cuts across different places, different times, and different partisan and political identities. It’s a way for us to think about the relationships between those who govern and those who are governed, and it’s a way to take those interactions out of the partisan politics framework. It’s not just about if Republicans or Democrats are unhappy, but about how all of us, as citizens of our respective nations, ask for governments to deliver on what it needs to deliver.

Can you talk about how this theme will be shaping the agenda and the topics that we’ll be tackling in the seminar?

Some of the themes that I want to hit on are the big, substantive issues of the day. For example, the politics of COVID-19. Who is responsible in government for dealing with a pandemic? How do citizens get what they need from their government and get leadership to take responsibility for what’s happened? We’re going to discuss other evergreen topics, such as the economy, America’s role in the world and environmental politics. We’ll also dive into some of the nuts-and-bolts of how our institutions work, election reform and the politics of presidential transitions.

I really hope [this seminar] helps give international audiences a better understanding so they have more context when they read a news article about what is going on in the United States.

Since we’re offering this seminar virtually for the first time, which opens it up for international participation, can you talk about what makes the theme, Calling for Political Accountability, relevant to a global audience?

There are a lot of places in the world where governments have come to power by challenging the status quo, essentially making the argument that the existing parties, the existing power structure, the existing leadership, don’t serve us. Some of those people and leaders have caused concern – some are coming from a kind of populist tradition that alarms some people in a kind of democracy watched community. I’d want us to think about how different types of leaders and ideologies can contend with this issue of accountability. Do leaders in all different kinds of contexts embrace accountability? Do they embrace being asked what they’re doing about something, or do they push accountability off on others? Those are questions that people throughout the world are asking about their democracies, so I think this theme is relevant for almost everyone.

Also, our focus will be on how democracy works, or sometimes doesn’t, in the United States. The U.S. is a really unique and distinct system, and as we’ve seen over the last few years, what happens here really affects the rest of the world. When I’ve encountered international audiences and international students, there’s been a lot of questions about how the U.S. works and how we do things here. I really hope [this seminar] helps give international audiences a better understanding so they have more context when they read a news article about what is going on in the United States.

Some faculty and students might be thinking they would want to participate only if their candidate wins the presidential election – why is this academic seminar important to participate in regardless of who is elected?
Accountability really transcends partisan identity and partisan feelings. So if you’re someone who ends up being unhappy with the election outcome, then you definitely want to hold that government accountable, and you want to think about how you can go about doing that. But even if your candidate wins you still need to hold government accountable. We still all need to think about how citizens participate in elections, how citizens and noncitizens can participate in the act of governance, even between elections. How does power flow through society? I was a faculty director [at Inauguration 2017 Academic Seminar] where emotions ran high. It was a very intense election [in 2016], and we had a student population of varying opinions about the election outcome. But we were able to tackle some tough questions together.

What do you want students or participants in general to walk away with from the seminar?
I want them to walk away with an academic appreciation for how things work, with a history of some of these issues and political institutions, and a sense of why things are the way they are. Also, a sense of how scholars debate about these things – what kinds of questions about why and what should be, are unsettled? What kinds of questions are live and still being considered? And then the final thing is for students to walk away with some action items for how they might participate and deepen their participation in American democracy or wherever they live.

Accountability really transcends partisan identity and partisan feelings. So if you’re someone who ends up being unhappy with the election outcome, then you definitely want to hold that government accountable, and you want to think about how you can go about doing that.

How can faculty benefit from this seminar and what advice would you give faculty leaders to help make the most of this experience for their students but also for their general coursework back on campus?
Creating a kind of community and looking at different issues from different angles, and hearing perspectives you might not otherwise have heard, are all really valuable for faculty. Also, in bringing together faculty from all over the country, you see just how differently people from different parts of the country view an issue or political question. I think this is really valuable for our international audience as well because you really get an idea at just how vast and varied the United States is. So, although we’ll lose the in-person interactions that we would have had by coming together in Washington, D.C., I think [with the virtual event] we’ll gain a wider variety of different perspectives. We’ll be able to expand our offerings in ways that haven’t been possible with an in-person seminar. And I think the Q&A will change. When I was teaching online in the spring, I found that the students who were normally shy in a big group were posting questions and writing comments that made people more thoughtful.

As the Faculty Director for Inauguration 2017 Academic Seminar, what did you take away from that program and how does it impact your plans for 2021?
One of the things that Inauguration 2017 really drove home for me was the importance of thinking about all of the different dimensions of division and complexity and difference in American politics. For those of us who spend our lives in politics, it’s so red/blue, so Republican/Democrat. While we can point out what we all have in common, it is useful to think about all the different dimensions of difference that are encompassed – some of which cross party lines, some of which might be within parties, and some might be people who don’t identify with either party. What I took away from the 2017 seminar is that our dominant paradigm of the parties and partisanship explains a lot of behavior but doesn’t explain a lot of the breadth and depth and complexity of political life. So I would really like to bring more of this into our discussions at the 2021 academic seminar.

Would you want to share any teasers today about some of the topics that we’ll be tackling at the 2021 seminar?
I’d like to get speakers who have been high level leaders in various social movements. Maybe people who are involved in the Black Lives Matter movement. Some of my students at Marquette attended the National Right to Life march in D.C., and that’s been an impactful part of conservative politics. Also I had mentioned election reform earlier, and I’m hoping that we can really bore into the topic of the electoral college and some of the debates about it. I’m hoping we can talk about ranked choice voting, which is something that has been adopted in a couple of places in the United States. Also, we’ll react to what happens in November – and I’m hoping to bring in some experts on the subject of election security, participation and security.

Julia Azari is a regular contributor to the political science blog, Mischiefs of Faction, a contributor at FiveThirtyEight.com, and a co-host of the political science podcast Politics in Question. She is author of Delivering the People’s Message (Cornell University Press, 2014) and the inaugural winner of the American Political Science Association’s award for best public-facing scholar.