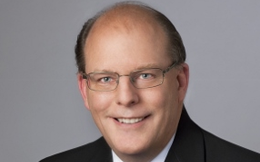 Peter Wehner is Vice President and Senior Fellow at the Ethics and Public Policy Center. He is a contributing opinion writer for the New York Times and a contributing editor for The Atlantic magazine. Mr. Wehner has written for numerous other publications—including Time magazine, the Wall Street Journal, Washington Post, Financial Times, The Weekly Standard, National Review, Commentary, National Affairs and Christianity Today—and has appeared frequently as a commentator on MSNBC, CNN, Fox News, CBS, PBS, and C-SPAN television. He was also the Pamela and Jack Egan Visiting Professor at the Sanford School of Public Policy and the School of Arts and Sciences at Duke University in 2019–2020.

Mr. Wehner served in the Reagan and George H.W. Bush Administrations prior to becoming deputy director of speechwriting for President George W. Bush. In 2002, he was asked to head the Office of Strategic Initiatives, where he generated policy ideas, reached out to public intellectuals, published op-eds and essays and provided counsel on a range of domestic and international issues. He has also served as an adviser to several presidential campaigns.

Mr. Wehner’s book The Death of Politics: How to Heal Our Frayed Republic After Trump (HarperCollins) was published in June 2019. He is also author of City of Man: Religion and Politics in a New Era (co-authored with Michael J. Gerson), Wealth and Justice: The Morality of Democratic Capitalism (co-authored with Arthur C. Brooks), and co-editor of books on foreign policy (The Latin American Policies of U.S. Allies) and national security (Promise or Peril: The Strategic Defense Initiative).

The State of the Republican Party

This session will consider the current state of the Republican Party and it’s future after the 2020 election.