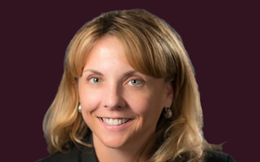 Michele Nellenbach is director of the Bipartisan Policy Center’s (BPC) strategic initiatives. Prior to joining BPC, Nellenbach was the director of the National Governors Association’s (NGA) Natural Resources Committee where she directed and oversaw NGA’s federal legislative agenda and activities on issues related to energy, environment, and agriculture. She began her Capitol Hill career in the office of former Senator Frank Murkowski and then joined the staff of former Representative Nancy Johnson. Her career on the Hill concluded after more than six years working for the Senate Environment and Public Works Committee.

In this session TWC is partnering with the Bipartisan Policy Center to discuss how the 117th Congress can work together to create policy for the good of the government. Moderated by Julia Azari