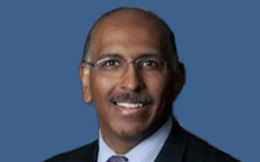 As chairman of the RNC, Steele was charged with revitalizing the Republican Party. As lieutenant governor of Maryland, Steele’s priorities included improving the quality of Maryland’s public education system (he championed the state’s charter school law); expanding economic development in the state; reforming the state’s Minority Business Enterprise program; and fostering cooperation between government and faith-based organizations to help those in need. Steele’s abilities as a communicator and commentator have been showcased through his current role as a political analyst for MSNBC.

This session will cover the campaign through the transition with insight from a former RNC Chairman.