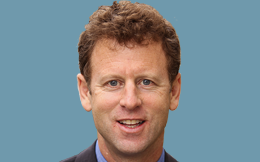 Michael O’Hanlon, Ph.D. is a senior fellow and Director of Research in Foreign Policy at the Brookings Institution, where he specializes in U.S. defense strategy, the use of military force and American national security policy. He also co-directs the Security and Strategy team, the Defense Industrial Base working group and the Africa Security Initiative within the Foreign Policy program. He is an adjunct professor at Columbia and Georgetown universities, a professional lecturer at George Washington University, and a member of the International Institute for Strategic Studies. O’Hanlon was also a member of the external advisory board at the Central Intelligence Agency from 2011-12.

O’Hanlon has written several hundred op-eds in newspapers including The Washington Post, The New York Times, The Los Angeles Times, The Washington Times, The Financial Times, The Wall Street Journal, The Japan Times, USA Today, and Pakistan’s Dawn paper. His articles have appeared in Foreign Affairs, The National Interest, Survival, Washington Quarterly, Joint Forces Quarterly, and International Security, among other publications. O’Hanlon has appeared on television or spoken on the radio some 4,000 times since September 11, 2001.

O’Hanlon was an analyst at the Congressional Budget Office from 1989 to 1994. He also worked previously at the Institute for Defense Analyses. His doctorate from Princeton is in public and international affairs; his bachelor’s and master’s degrees, also from Princeton, are in the physical sciences. He served as a Peace Corps volunteer in Congo/Kinshasa (the former Zaire) from 1982-84, where he taught college and high school physics in French. Earlier, he worked on a dairy farm in Upstate New York, where he grew up, and attempted (unsuccessfully) with a team of Princeton experimental physicists in the “Gravity Group” to disprove Einstein’s General Theory of Relativity.

This back-to-back session will examine America’s foreign policy agenda from a liberal perspective.