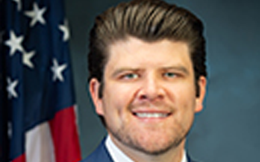 Michael Kelley is a director with Bipartisan Policy Center (BPC) Action. Prior to joining BPC Action in January 2021, he worked for more than three years in various roles at the U.S. Department of Housing and Urban Development (HUD).

Previously, Mike worked as Deputy Chief of Staff and Legislative Director to former Representative Marlin Stutzman (IN-03), managing Stutzman’s work on the House Committees on Financial Services and Budget, and legislative assistant to former Representative Steve Buyer (IN-04), managing Buyer’s work on the House Committee on Energy and Commerce in the areas of commerce, trade and consumer protection. Mike also has extensive experience in the government/legislative relations world having worked for the Natural Products Association, Mayer Brown, and the Moffett Group.

In this session TWC is partnering with the Bipartisan Policy Center to discuss how the 117th Congress can work together to create policy for the good of the government. Moderated by Julia Azari