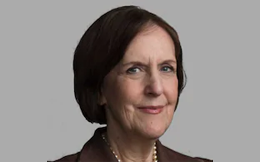 Karen Tumulty is a columnist for The Washington Post. In her previous role as a national political correspondent for the newspaper, she received the Toner Prize for Excellence in Political Reporting. She joined The Post in 2010 from Time magazine, where she had held the same title. During her more than 15 years at Time, Tumulty wrote or co-wrote more than three dozen cover stories. She also held positions with Time as congressional correspondent and White House correspondent. Before joining Time in 1994, Tumulty spent 14 years at the Los Angeles Times, where she covered a wide variety of beats. During her time there, she reported on Congress, business, energy and economics from Los Angeles, New York and Washington, D.C. Tumulty is a native of San Antonio, where she began her career at the now-defunct San Antonio Light. Tumulty holds a bachelor of journalism from the University of Texas at Austin and an MBA from Harvard Business School.

President-Elect Biden: What to Expect from the 46th President

This session will examine what we can expect from the 46th President of the United States. Political journalists connect readers to the political figures they cover through articles and other opinion pieces.