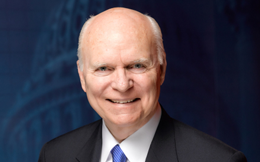 Brian Lamb is an American journalist and the founder, executive chairman, and now retired CEO of C-SPAN; an American cable network which provides coverage of the U.S. House of Representatives and U.S. Senate as well as other public affairs events. Prior to launching C-SPAN in 1979, Lamb held various communications roles including White House telecommunications policy staffer and Washington bureau chief for Cablevision magazine. Lamb has conducted thousands of interviews in his lifetime, including those on C-SPAN’s Booknotes and Q&A, and is known for his unique interview style, focusing on short, direct questions. Over the course of his career Lamb has received numerous honors and awards including the Presidential Medal of Freedom and the National Humanities Medal.

The History of the American Presidency

This session will take a broad look at the history of the American presidency. How has the office changed and what can president-elect Biden learn from his predecessors? Moderated by Brian Lamb.