Harris is the Veep Pick. What Does it Tell Us About Party Politics? 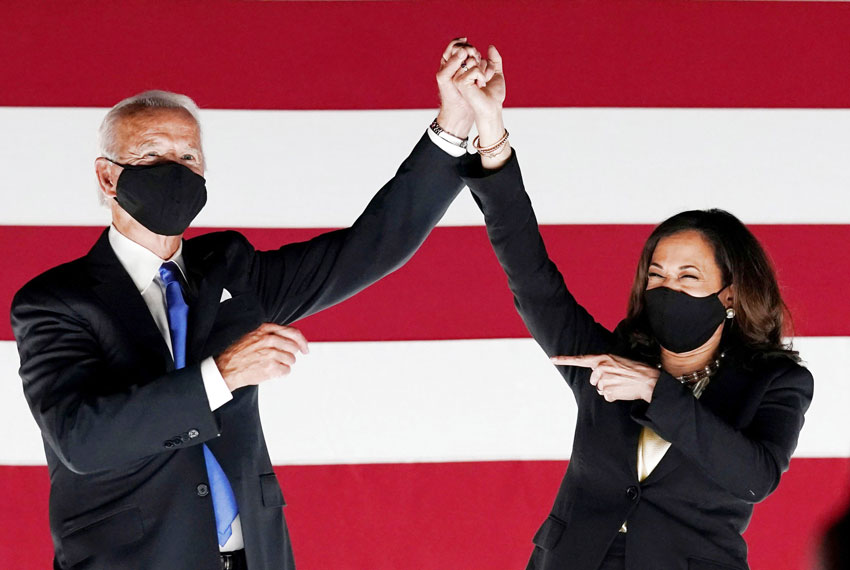 As scholars who have written about the party politics of vice presidential selection, we want to dwell a bit on what Harris says about the Democratic Party at a critical moment – a point at which the party is changing, coming out of a complicated and strange primary season, and competing in a high stakes presidential election. FiveThirtyEight’s Perry Bacon has written about how this selection illustrates the power of black voters, and leaders, in the Democratic Party. Bacon also notes that her selection is a defeat for the party’s left wing. We want to explore ideology a bit further, and look at some of the complex dimensions of a Biden-Harris ticket. While Harris is certainly to Biden’s left, she’s not exactly a candidate of the left.  And choosing her as the vice presidential nominee isn’t exactly an act of ideological balancing,

Our research suggests that Democratic presidential candidates in the modern era tend to pick running mates who move the ticket to the center, or so close to them ideologically that the difference isn’t meaningful. How to measure this? We use DW-NOMINATE scores, and for candidates who have not served in Congress, we use the average of their party’s delegation from their state. We’ve also used DIME scores, which are based on donations, and this pretty much shows the same pattern.

To the extent we can think about ideology this way, Democrats tend to use their selection to appeal to the center. We find that this pattern holds going back to the 1950s, and is especially pronounced for presidential candidates whose own ideological scores are to the left of the party mean in Congress. This pattern contrasts with that of Republicans, who tend to select running mates to their right, especially in recent elections.

Looking more holistically at recent (ish) presidential tickets, we see a lot of examples in which the Democratic nominee chooses a running mate who consolidates the overall ideological project of the ticket. The most famous example of this is Bill Clinton’s selection of Al Gore, which violated all the tenets of punditry by picking someone who didn’t balance the ticket at all – similar in age, regional background, and ideology. But Obama’s selection of Biden himself also situated that ticket in a pragmatic, center-left vision of the Democratic Party. In 2016, when clearer party factions were emerging, Hillary Clinton chose a running mate who was decidedly not from the Bernie Sanders/progressive wing of the party.

Does Harris fit the pattern? If we use DW-NOMINATE scores, then definitely not. Since she entered the Senate in 2017, Harris’ voting record has established her as one of the most liberal members of the Senate. At the same time, Harris has hardly been a darling of the emergent left faction within the Democratic Party. The refrain “Kamala is a cop” may have been an effective attack during the primary season and is making a resurgence now, and many on the Left see her as an Obama-esque moderate.

Powerful people in public life deserve scrutiny and critique. But the questions about Harris’ record in California as a prosecutor and as state AG also open up big questions about how we think about ideology and records in office. We tend to talk about ideology as a fixed characteristic, and ever-present conversations about authenticity in presidential politics feed into this. But records and stances also evolve, and Harris, like many Democratic politicians, seems to be responding to political pressure to think differently about policing and criminal justice.

At the same time, Harris differed from the presidential candidates trying to establish themselves on the left. Sanders, Elizabeth Warren, and Julian Castro all spoke consistently about deep, systemic change. Harris did much less of this. She vacillated on the big issue of health care, for instance, first sponsoring Bernie Sanders’ “Medicare for All” bill but then engaging in a highly public back-and-forth with herself over whether she supported eliminating private insurance. (She eventually released her own middle ground plan.)

Harris is a politician of the Obama era, and in some ways she represents an update to the very political project that Biden has promised to carry into a new era. She is a solidly liberal Democrat – the Democratic Leadership Council days of the 1990s have been decisively abandoned. But, like Obama, her brief time on the national stage, and her career before it, have illustrated how descriptive representation can have conservative, preservationist implications. Descriptive representation is important and necessary. Harris’s nomination, like Obama’s nomination and presidency, carries deep historical significance. Yet at the highest levels of politics, candidates from historically marginalized groups face some unique pressures. These candidates can be perceived as more liberal – and this is especially true of Black candidates. This can give them even less room to embrace radical positions or advocate for serious systemic change – something that an entire wing of the Democratic Party seems increasingly invested in.

As a candidate for president, Harris was potentially boxed in by this. As a woman of both Black and South Asian descent, her mere presence at a presidential debate represented a departure from the business as usual. Her challenge against Biden’s busing stance in the 1970s was compelling but also brought backlash. And her policy ideas fell within the category of improving the system, not fundamentally altering it. This narrow band of ideological territory, and her difficulties trying to straddle the two sides, might have helped to sink her bid for the highest office.

But as Biden’s running mate, they take on a new logic. They make up a ticket of candidates whose stances are evolving in response to a changing political environment, whose political careers are firmly and indelibly rooted in Black politics, and  in mainstream and pragmatic approaches.

In twenty-first century Democratic politics, ideological ambiguity can be a liability in the primary. Nevertheless, it might still be an advantage in the general election, allowing the different groups that comprise the Democratic coalition to see their visions reflected back to them in the ticket. Harris is different from Biden in many ways, and his choice of running mate diverges from the Democrats’ usual patterns. In other ways, her selection reinforces some of the Biden candidacy’s core ideological qualities. In a changing Democratic Party, this is a familiar approach to running mate selection.

Julia Azari, an American political scientist, is a professor and an Assistant Chair in the Political Science Department at Marquette University. As Faculty Director of the Inauguration 2021 Academic Seminar, Azari will shape the agenda and lead the event. She is a regular contributor to the political science blog, Mischiefs of Faction, a contributor at FiveThirtyEight.com, and a co-host of the political science podcast Politics in Question. She is author of Delivering the People’s Message (Cornell University Press, 2014) and the inaugural winner of the American Political Science Association’s award for best public-facing scholar.